skip to main | skip to sidebar

If you got a weird e-mail from me in the past few days - something to do with Google Docs and a Must- See newsletter - well, it wasn't from me. I got hacked. I hope you didn't open it.

It seems to have been a phishing expedition of some kind. Nobody that I know of got a virus - more like the vandals were trying to get passwords. Please let me know if you opened it and what happened as a result.

So sorry about the inconvenience.

I am re-working this blog, making it better, and will be back soon. 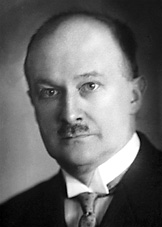 Are you a big fan of Vitamin D? Who isn't these days?  Vitamin D, originally valued for its ability to ward off rickets, has turned out to the be a nutritional super star. People who have high levels of serum Vitamin D ( high levels in the blood) are thinner, healthier with better immune systems, resistant to heart disease, cancer and other illnesses (including diabetes) and live longer.  You can do a search on Vitamin D and learn a lot about this super nutrient.

But this is Culinary Historian, where we look at things a little differently.  In our normal style, we will talk a little about the history of Vitamin D.

The first scientific publication that described something like Vitamin D came out in 1650. Of course, nobody knew exactly what it was, but they could describe its effects.  In the 1880s, scientists first started to suspect that something that would come to be known as "vitamins" must exist.

But it took the great Adolf Windaus to isolate the substance and give it a name. He didn't really work alone, but he got the 1928 Nobel Prize in chemistry for his work. He also discovered tryptophan.

Windaus was also a humanitarian and was willing to sacrifice money and prestige for his principles, and for that, I admire him as much as for his research.  He was a professor in Germany during both World Wars I and II.  During World War I he refused to do research on poison gas or weapons. He wanted to use science to help people, not kill them.

After the Nazis came to power, he put his own life and career in jeopardy to protect his Jewish students. Despite his prodigious talent as a researcher, he stopped doing scientific research in 1938 in open opposition to the Nazis. He retired in 1944.  It is saddening to think of all he could have done in the intervening years, but I am deeply appreciative of his values.

So, next time you go out in the sun to soak up the rays, or pop a high-dosage vitamin D capsule, think of Adolf Windaus and his contributions to science and society.

Hi all - so sorry I haven't been posting. I miss blogging! My life is really hectic which makes it hard to focus. I was trying to write thought-provoking pieces.  Anyway, I found a very cool link that I just had to share with you. Check out these cool vintage recipes

Let me know what you think!

Celebrated and reviled, the Food Guide Pyramid, USDA's  lame-brained attempt to teach Americans to eat healthy foods (while, at the same time, bowing to lobbyists from Big Grain, Big Meat, Big Dairy and Big Sugar) is finally being put to rest. That doesn't mean the government is giving up. Healthy eating is high on the agenda of the Obama administration, and the First Lady has taken on childhood obesity as her personal cause.

The new graphic guide to healthy eating is going to look like a dinner plate, which I think is a darn good idea. Most people couldn't really visualize how that pyramid translated to daily food intake, anyway. Fully half of that plate is going to be VEGETABLES! That's pretty impressive, especially considering that the vegetable lobby is small, fragmented, and weak.

The new Food Guide is scheduled for release on Thursday, June 2. Copy it quickly, before Big Grain, Big Meat, Big Dairy and Big Sugar do their dirty work. The original Food Guide Pyramid was similarly healthy, with vegetables and fruit occupying the largest tier (replaced by grains, courtesy of Big Grain.) There were more drastic changes, too, but this is not a moment to ponder the mistakes of the past. Let's hope the new food guide will be better rooted in science while being easier to understand.

Read more about it in this very interesting article from the New York Times: http://www.nytimes.com/2011/05/28/health/nutrition/28plate.html?_r=1&hp

As always, looking forward to your comments On a personal note, I've been out of the blogging loop for a few months. It's good to be back! 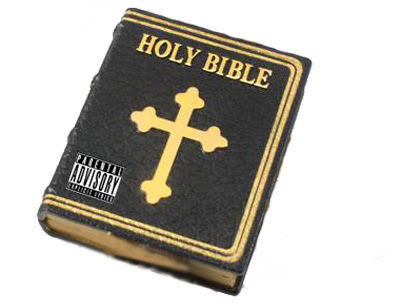 Ps - If you want a recipe that comes with the answers, click here.
Posted by Deb Duchon at 12:11 PM 9 comments:

Do you ever stand in the produce section of your local supermarket, feeling tired of the same old green beans, squash, and lettuce? Are those gourmet fruits and vegetables just too expensive? Are you trying to do a better job of eating locally-grown foods?

Here's an idea - start eating the forgotten foods that are growing all around you. There are hundreds of plants that people have eaten for thousands of years that go begging every day. These are fruits and vegetables that are tasty and nutritious. They were popular foods before people started farming, and even after most people turned to agriculture they enjoyed these wonderful plants that shared our habitats. The only problem is that people stopped eating them. And the reasons people stopped eating them had more to do with demographic and economic changes in society -- it had nothing to do with flavor or usefulness.

Nowadays, we call them weeds. We waste money on harmful herbicides to kill perfectly delicious and nutritious foods that are growing in our own gardens, yards, and window boxes. Our problem is that we just don't know about them.

Well, I've been eating edible wild plants for 40 years now, and I'm here to tell you they are some of the most interesting foods around. I've even been hoping that the current economic downturn will serve as a source of encouragement for adventurous cooks to venture forth into their yards and learn to eat their weeds. Not all weeds are edible, but many more of the weeds in the average suburban yard are edible than are the ornamental plants, many of which are deadly poison. If you only learn -- and use -- five edible wild plants on a regular basis, then you, too, could save money and reduce your environmental footprint substantially.

A few evenings ago, I was invited to give a presentation on edible weeds to the local Master Gardener's group in my home county. Click on the link to see my PowerPoint presentation.

Please, dear readers, let me know if you would like more information on this topic. In fact, to encourage you to comment,  starting this month I will hold a free giveaway to one lucky person who posts a comment to this blog. The winner will be chosen at random, so comment early and often.
Posted by Deb Duchon at 11:39 AM 14 comments: